The 2018 Federal Budget will be announced tomorrow ( or what little parts already haven’t been) but a desperate Government hoping to bribe the voters into re-electing them.

By all reports they are going to spend big on infrastructure as well as any other items the think will be looked upon favourably as well as giving tax cuts and other sweeteners immediately to the lower classes while the more affluent will have to wait a few years. 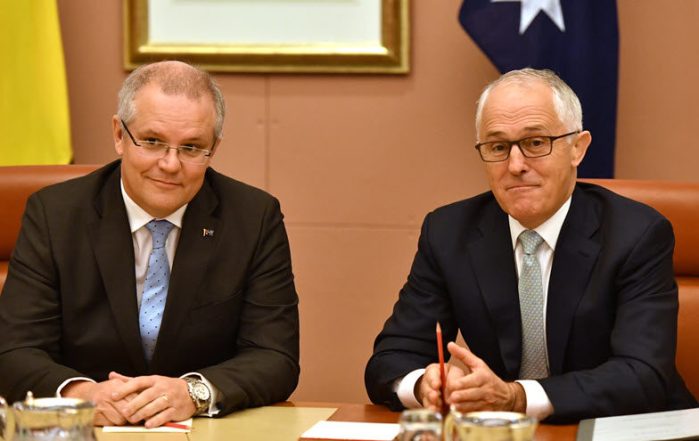 Morrison and Mal are indeed trying to be Santa Claus. The hypocrisy is astounding by them as well as the complicate media, 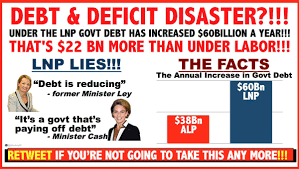 What happened to the DEBT AND DEFICIENT disaster   we were warned about day in and day out when it was much lower than what it is now? What about the Sovereign Risk to Australia,? WE were all going to be ruined unless it was bought back under control.

This is the biggest bribe in place since Costello’s last one, which was the last trick to save their tired old Government from losing. This coming budget is about saving Turnbull/Morrison and the rest of Coalscums jobs.It will be talked up as brilliant by their sprukers and lickspittles , Labor will pillared from post to paddock if they don’t immediately agree to pass all the measures in the budget and then get out of the way and let the rightful rulers get on with their agenda with out question.

Will the Public fall for it, or are they more savvy than given credit for?