The 24 Horses are finalized. Barrier draw is done jockeys picked All that needs to be done now is to get “The Pubs” 2016 Melbourne cup sweep going. The first 24 people to ask for a ticket will go into the draw which I will conduct after all places are filled. Entry is free and first prize will be a $50 BWS voucher or similar from your local bottle shop. A form guide is below the sweep if you wish to check out your horses chances  and Last years race is there if you wish to watch Michelle Payne win on Prince of Penzance.

Names will go into the sweep below after the draw .Good Luck

(JPN)
J: TOMMY BERRY
T: OSAMU HIRATA
W: 56.5KG
PREDICTION: 22ND
Odds: $31
Rating:
BET
NOW
COMMENT: Comes into the race out of form and 9YO so improvement is unlikely. The only plus is he will make his own luck on speed and Japanese horses have always gone well in our big races but his track work/form says he can’t win. Others better.

(IRE)
J: RYAN MOORE
T: AIDAN O’BRIEN
W: 56KG
PREDICTION: 5TH
Odds: $9.00
Rating:
BET
NOW
COMMENT: Lightly raced consistent stayer with plenty of upside. Comes into race on the back of two good runs in Irish G3’s with the step up to 3200m to suit. Luckless in last years Melb Cup where he hit the line well when he got room. Looks a big chance.

(GB)
J: JAMES MCDONALD
T: JOHN O’SHEA
W: 56KG
PREDICTION: 6TH
Odds: $5.00
Rating:
BET
NOW
COMMENT: Devastating win in the G1 Turnbull before a distant 2nd to Winx in Cox Plate. Deserving favourite based on Turnbull win and has a lot of class but the 3200m is a query after finishing 15th in Melb Cup last year, despite being unlucky he didn’t hit the line with too much authority. Big chance but better value elsewhere.

(NZ)
J: HUGH BOWMAN
T: CHRIS WALLER
W: 56KG
PREDICTION: 15TH
Odds: $34
Rating:
BET
NOW
COMMENT: Looked the winner in the MV Cup before being run down. Ticking along nicely and gets the 3200m. 4th in Melb Cup last year so has to be respected. Place chance.

(GB)
J: FRANKIE DETTORI
T: WILLIAM MULLINS
W: 56KG
PREDICTION: 9TH
Odds: $18
Rating:
BET
NOW
COMMENT: Last start G1 Irish St Leger winner who has won 6 times over 3200m. Strong gallant stayer who will run a big race but will need some luck from outside barrier. Guaranteed to get the trip and will give a good site. Good e/w bet.

(USA)
J: MICHAEL WALKER
T: D & B HAYES & T DABERNIG
W: 54.5KG
PREDICTION: 12TH
Odds: $21
Rating:
BET
NOW
COMMENT: Has to be respected on his Caulf Cup run when he hit the line well late. If he can get a good run from the wide barrier he has the turn of foot to win but can be a hit or miss horse. Place chance.

(IRE)
J: BLAKE SHINN
T: ROBERT HICKMOTT
W: 54.5KG
PREDICTION: 20TH
Odds: $67
Rating:
BET
NOW
COMMENT: Good run in the Naturalism behind Jameka two starts ago before a very disappointing run in MV Cup. Won this years Sydney Cup over 3200m which is a plus but on his last start its hard to have him. Take on trust.

(GB)
J: BEN MELHAM
T: CHRIS WALLER
W: 54.5KG
PREDICTION: 13TH
Odds: $34
Rating:
BET
NOW
COMMENT: Didn’t look to be going too well until a good MV Cup win. Has won Sydney Cup over 3200m so he will stay the distance but will need rain to be a winning chance. Place chance at best. Comes right into the race if he gets a wet track though.

(FR)
J: JOAO MOREIRA
T: TONY MARTIN
W: 54KG
PREDICTION: 3RD
Odds: $15
Rating:
BET
NOW
COMMENT: Huge win in the Ebor Handicap last start and before that another good win in the Galway Hurdle. Comes into the race in very good form and he will definitely get the distance. Has a good turn of foot for an out and out stayer but will need luck from barrier. Big winning chance.

(IRE)
J: BLAKE SPRIGGS
T: JOHN P THOMPSON
W: 54KG
PREDICTION: 21ST
Odds: $81
Rating:
BET
NOW
COMMENT: Good win in the G1 Metrop before disappointing run in Caulf Cup. Untried at the distance which is a concern and hard to have him on last run. Unlikely to figure.

(GB)
J: DAMIAN LANE
T: SAEED BIN SUROOR
W: 52.5KG
PREDICTION: 19TH
Odds: $67
Rating:
BET
NOW
COMMENT: Stuck on well in the listed Nayef Stakes in GB last start running 3rd. First up in Melb Cup and other Internationals look better but gets inside barrier and will get an easy run but will need a lot to go his way to win. Happy to leave out.

(GER)
J: KERRIN MCEVOY
T: ROBERT HICKMOTT
W: 52KG
PREDICTION: 1ST
Odds: $16
Rating:
BET
NOW
COMMENT: Lightly raced stayer. Awesome/easy win last start in G3 at Flem over 2500m when eased down. Gets into the Melb Cup low in the weights and has been set for the race. With luck from barrier he looks very hard to beat. Our top pick. Very good e/w bet.

(IRE)
J: KATELYN MALLYON
T: ROBERT HICKMOTT
W: 52KG
PREDICTION: 17TH
Odds: $71
Rating:
BET
NOW
COMMENT: Won a weak Herbert Power last start but race has been a good form line for Melb Cup’s. Drawn poorly and looks to be 3rd best from stable in the race. Will need a lot to go right for him to figure. Place chance at best.

(IRE)
J: GLEN BOSS
T: MATT CUMANI
W: 52KG
PREDICTION: 14TH
Odds: $31
Rating:
BET
NOW
COMMENT: Was gallant running 2nd in Geelong Cup last start where he had a better run than Qewy and was still beaten. Before that he didn’t look to stay 3000m in France G2 so distance is big query. Prefer others.

(GB)
J: CHAD SCHOFIELD
T: CHARLIE APPLEBY
W: 52KG
PREDICTION: 2ND
Odds: $7.00
Rating:
BET
NOW
COMMENT: Scintillating win in Lexus Stakes and looks like he will relish 3200m. Godolphin did everything to get him into field which says a lot. Has to race 3 times in 2 weeks but if he backs up he looks hard to hold out. Big chance.

(GB)
J: STEPHEN BASTER
T: SAEED BIN SUROOR
W: 52KG
PREDICTION: 16TH
Odds: $34
Rating:
BET
NOW
COMMENT: Good win/place record in questionable form races but looks like he will get the distance. Has only raced twice in 12 months which is a concern but with light weight and a decent turn of foot he could surprise. Place chance.

(NZ)
J: MARK DU PLESSIS
T: JOHN WHEELER
W: 51.5KG
PREDICTION: 23RD
Odds: $101
Rating:
BET
NOW
COMMENT: Nothing in his form says he is good enough to win this race. Well beaten in Lexus Stakes last start where he dropped out of race. Can’t see him in the finish and odds support that.

(IRE)
J: CRAIG WILLIAMS
T: CHARLIE APPLEBY
W: 51.5KG
PREDICTION: 10TH
Odds: $21
Rating:
BET
NOW
COMMENT: All the way winner in Geelong Cup holding off rivals. Will run on the speed and make his own luck and has placed 3 times over distance in 3 starts. Rock hard fit stayer who looks over the odds. Good e/w chance.

(NZ)
J: BEN THOMPSON
T: LEE & SHANNON HOPE
W: 51KG
PREDICTION: 24TH
Odds: $101
Rating:
BET
NOW
COMMENT: Rank outsider of the field and deservingly so. There is nothing to suggest she can go close in this race. Can’t win.

The Boss has just let me know he can’t do the Friday thread.

I am sure it’s not because he’s just received a prior invitation . . .

Anyway, this will be short and sweet from moi, but please enjoy the musical entertainment. 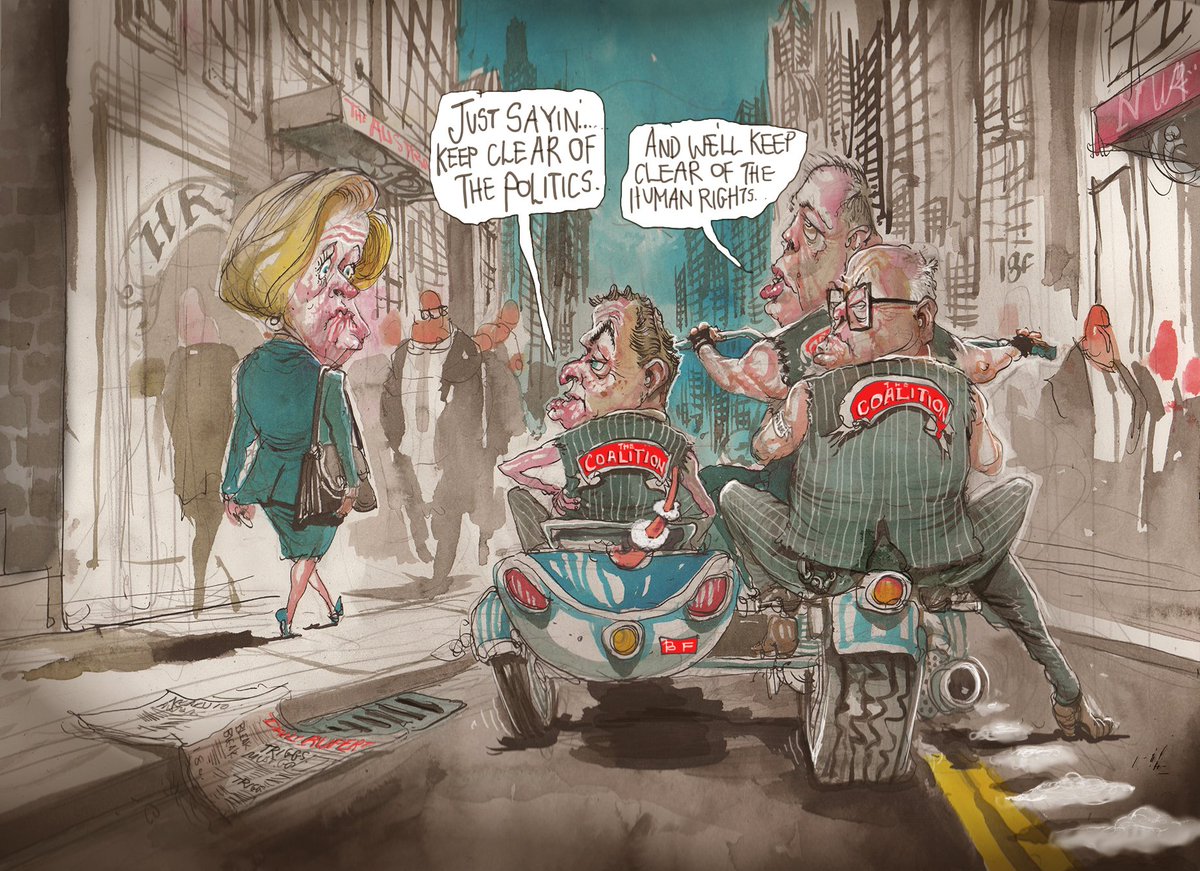 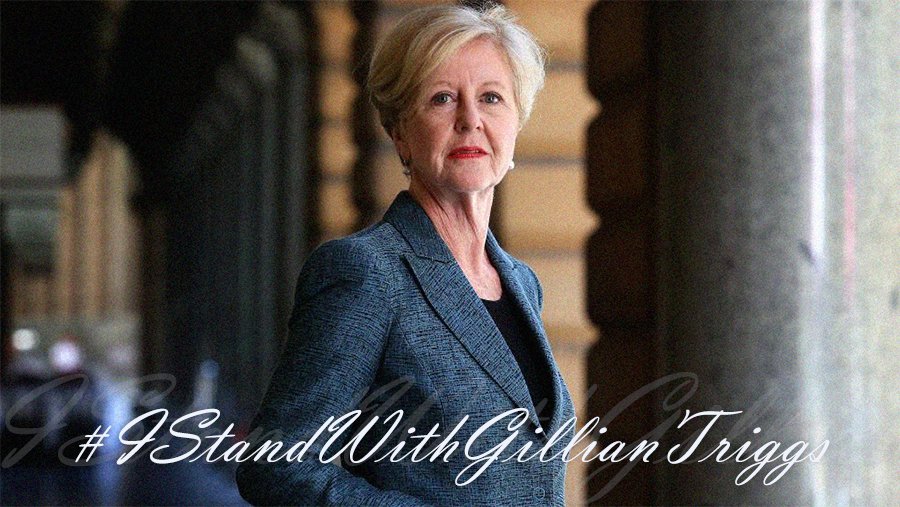