Skip to content
HomeTwo Steps in a Lush Lunar Foxtrot

Yes, the title is somewhat abstruse – but I, along with other university choristers, sang an interesting work by that name at the 1974 Intervarsity Choral Festival in Adelaide.

Anyway, as it seems to have been Friday forever, I thought it might be appropriate to reflect on last night’s fascinating Q&A, with the aid of ǢRCHIE’S ARCHIVE.

Some of us have heard Senator-Elect Malcolm Roberts using the word ‘Empirical’ on numerous occasions.

Last night a whole lot more got to hear him use the word many times during the ABC show, Q&A.

Just what does the word mean and why is it at odds with much of what most scientists say and believe?

The Oxford Online Dictionary has the following definition.

So what Roberts is saying is that you cannot predict anything. If you see something happen and cause an outcome then you can explain it but you cannot use that event to conclude that should the same thing happen again that the outcome will be the same.

So scientists should never predict what MAY happen as a result of certain current conditions.

In Malcolm Roberts’ world anything to do with climate change is unprovable and so should be ignored because it relies on another long word. 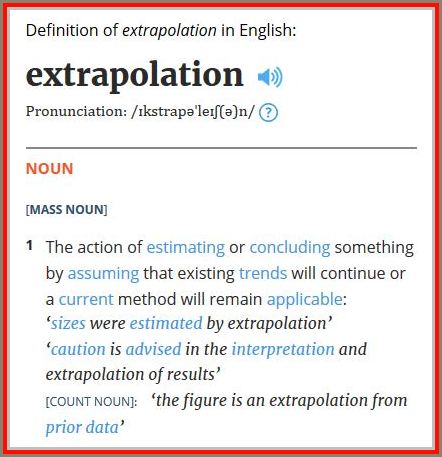 In the Malcolm Roberts Universe it seems that any extrapolation is badly unscientific. I won’t insult my readers by quoting examples where we extrapolate outcomes from current data every day. In life or death situations which we simply take for granted. Tried crossing a busy street between traffic lately?

Malcolm, your repetitive use of the word ‘Empirical’ does not show you to be a knowledgeable scientist.

I note that your degree is in Engineering. Applied Science. The lesser brother of Theoretical Science. Yes, you can build stuff, you can play with Meccano with impeccable skill. Yet you have not learnt the skills that are Science. You have not developed a theory from repeated and repeatable experiments. You seem to show little understanding of that essential scientific method.

Every scientific theory relies on extrapolation.

A scientific theory is not something dreamed up at 2am by a group of bored people. It is an explanation garnered from empirical evidence discovered through experimentation, extrapolated within the theory to a predictable outcome then discussed, torn to pieces and accepted or rejected on the evidence and on the logic by others who also know the subject. That is what peer review is all about. Yes, theories do change around the edges but once accepted they are surprisingly robust. Even Newton’s three Laws of Thermodynamics still hold despite the tinkering Einstein provided with his theory of relativity.

I’m sorry, Malcolm, you do not convince anyone with any knowledge of science.

You are just a passing thorn in the side of progress.

221 thoughts on “Two Steps in a Lush Lunar Foxtrot”