Puffy and Jaycee, my apologies. However, sometimes even the best submitted posts have to give way to something that really crunches the onion! As does the latest from Jennifer Wilson – with, as always, many thanks from The Pub.

No Place for Sheep

In what can only be inspirational news for the ALP, failed Prime Minister Tony Abbott has announced his intention to embark on a DIY election tour of marginal seats. This piece by Paula Matthewson spells out the possible consequences of this decision, none of which are especially enticing from the LNP point of view.

Abbott, it appears, is incapable of dealing with rejection by his party. He simply cannot accept their decision to lose him as leader. He’s lately taken to informing the public that of course he supports the Turnbull government because it’s built on Abbott policies. This claim led in turn to Turnbull’s bizarre plagiarising of a line from the US television series Veep, to the effect that what he signifies as Prime Minister is “continuity with change.” Julia Louis Dreyfus, star of the show, is reportedly “dumfounded” at Turnbull’s appropriation of a slogan writers decided upon solely because of its utter meaninglessness.

Obviously, the continuity with change to which Turnbull refers is his appropriation of Abbott’s policies (continuity) delivered to the people by the new PM whilst wearing a better suit (change).

If the Veep people are ever short of material they could do worse than check out the LNP: Deputy PM Barnaby Joyce threatening to slaughter Johnny Depp’s dogs, Bronwyn Bishop’s penchant for helicopter rides, Tony Abbott’s strange compulsion to publicly consume raw onions, George Brandis and his electrifying description of meta data, please, somebody stop me.

Few would disagree with Abbott’s belief that Turnbull’s government has retained his policies. However, the most relevant question Abbott apparently declines to ask himself is, why did his party get rid of him if it wasn’t about his policies? There had to be a sound reason for them to resort to the trouble and embarrassment of chucking him out, and in the chucking risk the ridicule of being perceived as just like the ALP with its Gillard/Rudd musical chairs. 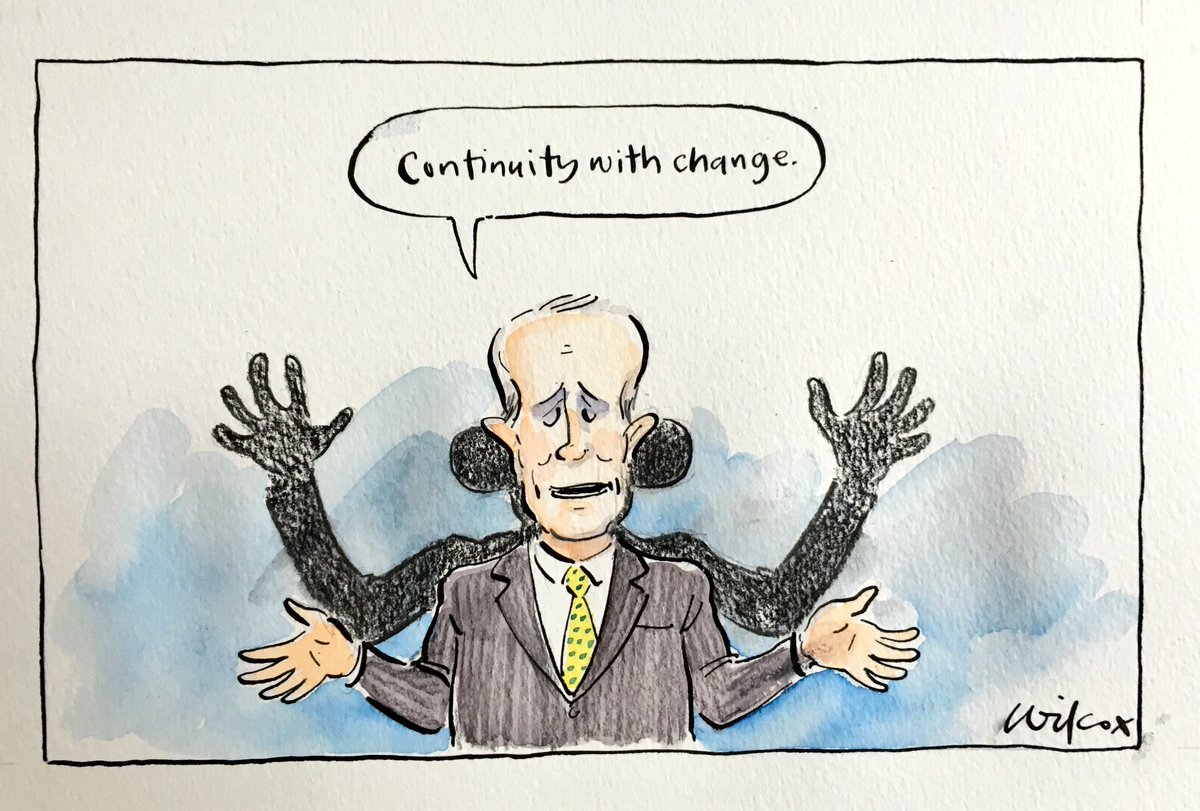