Once upon a time, the period from Christmas to the end of January was supposed to be a news-free zone – not that I think it really ever was. Anyway, the events of the past three weeks, especially in federal politics, somewhat dispove that claim.

On Boxing Day I briefly published this post, and then retracted it because of the bushfires. As I wrote then:

The reasons I’m republishing it now are, (1) it had such a brief (30 minutes?) airing first time around, and (2) the way things are going I want a sort of place-holder post which I won’t mind bouncing in the place of more immediately exciting material. Meanwhile, peruse and enjoy . . .

All Mimsy are the Borogoves

”Bugger the canaries,” I thought He said.

Quietly looking up from my sudoku, I raised a half-quizzical, half-disinterested eyebrow which I had developed in the days when I started smoking Sobranies and said, “You what?”

“Bugger the canaries,” He said again with a more vehement emphasis than I had heard for a long time – longer still than we had been companions and certainly longer than my first flight on a Virgin.

“Which canaries?” I asked, folding the paper in quarters, inadvertently obliterating the weather section.

One never knew quite what He was on about if it came in more than five words and wasn’t intransitive or imperative. Mind you, “bugger the canaries” was fewer than five words, on one view of it was certainly transitive and clearly on any view was imperative. Why now, though? As my thoughts competed between gaffer tape, old jokes about parrots and a rough recollection of Island geography, I quietly sipped my tea and pondered on the likely response.

“Bugger the canaries,” He said.

“Yes, I think we’ve established that,” I replied. “What the bejesus are you on about?”

“Read this, have you?” He asked, thrusting a crumpet-flecked finger at the remnants of the paper not containing the sudoku. A thin smear of butter attached itself to some newsprint on page 21A of the weekend paper.

Momentarily distracted by wondering when we started having pages like 21A (I rather think Professor Hilmer may have been responsible – strange thing, the effect of competition policy on numeration), I tried to concentrate. Clearly we were getting somewhere in that He had asked a question which invited a response but exactly where we were going remained a mystery.

“I’ve been doing the sudoku,” I said. “Do you want this other piece of crumpet?”

“Don’t you Virginia Woolf me,” He said in that irritating manner he had of combining esoteric literary knowledge, misogyny, a hatred of lesbians, and the economic theories of Keynes – I always thought of it as his Bloomsbury phase. “Have you read this bloody thing?”

Now we were getting somewhere. He had said bloody.

Claude, the 18 year old diabetic cat, finally stirred out of his hypo. His was a limited vocabulary, but a previous owner had taught him the Mayo clinic equivalent of protein content for rats and most common domestic birdlife, and he was cognizant of a few words here and there. Eye fillet was another phrase he knew. Slowly he raised a half-quizzical, half-disinterested eyebrow which he had developed in the days when he started mainlining insulin.

“I have to go to a lecture at five next Thursday. How long are we going to have this conversation?” I asked.

“Don’t you understand?” He asked. “The bloody canaries are buggered.”

“Bugger, the Canaries,” He said.

All became clear, as they say, in a flash. Putting thoughts of Wuthering Heights aside, I realized we were onto one of his current obsessions – global warming.

“I think I’m with you now. Jonathon Chancellor is worried about the Canaries, is he?” I interposed sardonically but, I thought, perceptively. Claude looked for all the world as though he thought Jonathon Chancellor might be some new form of edible protein. As I’ve never met the man myself, I couldn’t say. Exhausted by now, Claude hunkered down for another sleep. Where might his limited thoughts wander? Socrates, Sartre or perhaps his latest senile hobby – snowdropping? It had been a considerable mystery where the frilly underwear was coming from until we realized that we had a new and gorgeous next door neighbour – Siobhan. I don’t think I’ve ever been so embarrassed about returning anything in my life – I mean, do you wash them first – and what cycle do you use in the machine? But, perhaps I’m straying from the point.

“Jonathon Chancellor,” He said. “What’s Jonathon bloody Chancellor got to do with it? This is bloody Goldring. Lord Goldring. Canaries – buggered. Underwater by Christmas.”

It was hard to keep things straight in my mind with the flow of this conversation. I had a sudden flash of Peter Debnam in his Speedos. With a supreme effort I managed to draw myself back to reality by discounting budgie smuggling as a real possibility in the circumstances. Why they taught us Freud in Psych II had always been a mystery. Well, as much of a mystery as why anyone would ever take any notice of what a neurotic Jewish cocaine addict might have to say about sexually repressed neurotic Viennese Jewish virgins in the first place. It was one of the few sensible strategic things the Nazis did – they left him alive.

“Mother of god, I said what are you talking about?”

“You thinking about Freud again? “He asked. “Read this – Canaries, buggered.”

He handed me the section of the paper he had been reading and I reached for a tissue. It’s funny the effect butter has on newsprint – wouldn’t melt in your mouth. By the time I located the article he was referring to the toilet was flushing loudly. Claude raised a lazy nictating membrane to check the fish-tank for goldfish. It reminded me of the time in New York when He had decided to get rid of the alligator. At the time I thought he was just taking the urban piss. 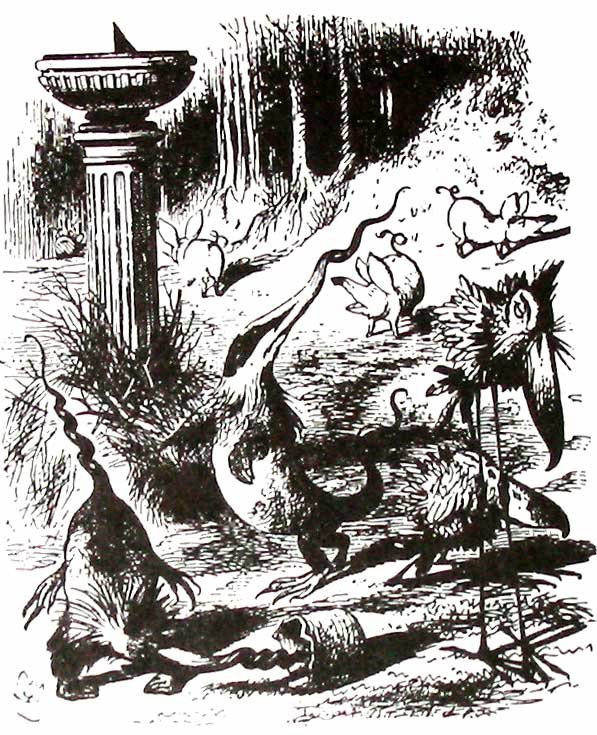 608 thoughts on “The Great Australian Novel? Chapter I”