I thought today is as good a day as any to honour our furry companions.Pets are fantastic. They are always happy to see us,never judge,make us laugh and sometimes sadly make us cry. They care not about politics,terrorists,the economy or the state of the world,they care about us. Sometimes we may get angry with them, they never do when we do far stupider things than their little mistakes . They keep us company, comfort us when we are feeling blue and share in our joy when we are happy.

Starting with Ned The Boss

Neddy is the best natured dog I know. Never complains ,never demands Is quite happy to sleep and eat Chicken sticks

SYD on the other hand

Is the happy energizer dog. If he could find someone that would throw balls to him all day he would be in Heaven. Loves his mum

The feline part of our family consists of KIRRA

Our 14 year old ginger and white girl who is having a little trouble with her thyroid at the moment. Used to beat up syd all the time but loves Neddy.

Phoebe is our quiet one who sleeps and eats, and that’s about it. I almost Killed Phoebe when she was about 2 by running her over. Luckily she moved just enough and her tail was the only part of her damage. Sadly she had to have about a quarter of her tail removed. Not sure if she and the OH. have forgiven me yet..

WE also have about 15 goldfish ,assorted lizards,,birds and other wildlife that have been  deemed unable to feed themselves naturally that OH has adopted.

So Cheers to our furry and other  friends. 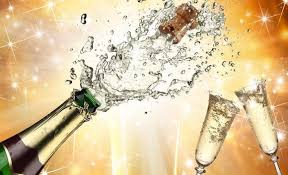 Post a pic of your Pets past and present  Give them the fame they deserve. Email either my self or Fiona if you are having troubles posting  and we will gladly do it for you.Enjoy