Today’s Guest Author is Victoria Rollinson, with a thoughtful reflection probably best described as a parable. Thank you, Victoria, for your superb, and sorrowful, story. 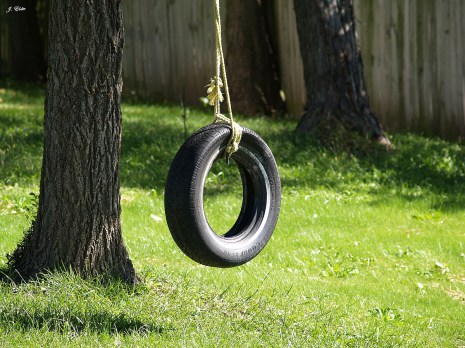 Imagine that you live in a big old house with your family and in the backyard in the middle of a sprawling lawn is a huge plane tree. In this metaphor, that tree is the Australian government. Yes, this is going to take some imagination but bear with me. The tree has been there forever and has grown tall and wide, with branches reaching out to every corner of your garden. It offers shade in summer, a place of shelter in winter, a quiet spot for an outdoor meal, a branch hosting a tyre swing for the kids and the perfect climbing gym and fortress for outdoor games. You can’t imagine your garden, or your home, without this tree and you always assumed it would always be part of your future.

But then something changed.

A man from the council knocks on your door one day and tells you there’s a problem with your tree that has been raised by a neighbour. He won’t tell you which neighbour, only that the council was taking the complaint very seriously as they would with any risk to the community. The only neighbour you could imagine caring about the tree is the grumpy old man living in the property behind yours. He had never been a friendly person and grumbled constantly about everything; the weather, the council, the rates he had to pay, the noise your children made playing and a few times, the leaves that your tree shed in Autumn, some of which found themselves in his swimming pool that he never used because he whinged about the cost of energy to heat it. ‘Is this about the leaves in the pool?’ you ask, nodding your head towards the grumpy neighbour’s house and wondering what type of ‘community risk’ a few dead leaves could possibly cause. The man from the council avoided answering directly and said instead that the council were ordering you to lob off your trees largest branches before they fall off, endangering your home. And the lives of your family. You suddenly feel anxious. ‘What’s wrong with our tree?’ you ask nervously. ‘It’s got a tree disease which is making it slowly rot. Your neighbour recognised the symptoms. In effect it’s dying and the branches will fall one by one. The entire structure of the tree is unsustainable. You may in fact be better off cutting it down completely to avoid worrying about it in the future’. ‘Let me have a think about it’, you respond, wanting the man to leave. He tells you not to think about it for too long as the council wants something done about it immediately. He leaves and you pass on his terrible news to your husband who then feels as anxious as you do.

The next day you can’t stop looking at the tree and worrying about how quickly it is dying. It doesn’t look sick, but the man from the council is meant to be an expert on this type of thing so you’re sure he isn’t making it up. After a couple of weeks, you decide to get the largest of the branches cut off; just the ones that are risking hurting anyone if they fall off or coming down onto the house. This is the moment Australia elected Abbott. The tree of government was suddenly a risk to the community, rather than a protector.

The day the man arrives to cut off the large branches, you try to make yourself scarce. The sound of the chainsaws grate on your nerves. You return home hoping to feel less anxious now that the branches are gone. But you don’t feel less anxious at all and the tree looks hacked up and pathetic. No more social safety net. Medicare is under threat. Huge cuts to health and education spending. Gonski no longer a bipartisan policy. No more credible climate change policy. No more mining tax. A fraud of a national broadband network that will be no faster than what we have now. Huge increases in the cost of higher education. Cuts to the ABC and SBS. And the economy is flagging under the weight of austerity cuts and lack of confidence. You did what the man from the council expertly told you needed to be done and yet you can’t help feeling like you’ve lost something you’ll never be able to get back. The tree had been there much longer than you had and in one afternoon its dependable foliage is destroyed forever. You feel sad.

The man from the council returns a few weeks later to inspect the tree. He taps his pen on the thick trunk and nearly trips over the tyre that used to hang from the branches as a swing. ‘The disease is still risking the structure. I would recommend cutting the whole thing down. It could easily come down in a storm. You wouldn’t have the insurance to cover the damage’. You nod weakly and promise to do something about it right away. The tree makes you sad now so maybe once it’s gone you will get over it.

The arborist who cut off the large branches is booked out for the next month so you call someone new and he can cut the tree down next week. Again you leave him to it, as you can’t bring yourself to watch your tree become a useless stump. When you return home, the last bits of trunk are being fed into the noisy wood-chip creating machine. ‘Why did you cut it down?’ the arborist asks cheerfully. ‘It was dying, it was risking our home and was dangerous for our family’. The arborist raises an eyebrow. ‘Who told you that?’ he asks. ‘A man from the council. We didn’t really have a choice, it had to be done’. ‘That’s a shame, because there was nothing wrong with the tree. It would have happily outlived you if you’d just left it alone’. Your heart sinks and you feel like crying.

Soon after you’re driving past your neighbour’s house – the one who you suspect had it in for your tree because of the leaves in his pool, and you notice he’s on his porch, talking to someone who looks familiar. It’s the man from the council. They’re laughing about something, clearly sharing a joke. They’re friends. Or at least friendly. Suddenly you get it. There was nothing wrong with your tree. The man from the council lied. You’ve been tricked into doing something against your best interest. Scared into ruining your Australia tree. And your neighbour no longer has leaves in his pool. The rage you feel is impossible to describe.

237 thoughts on “The Australia Tree”