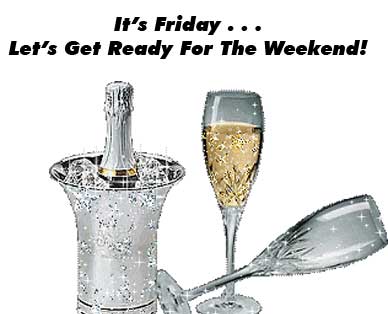 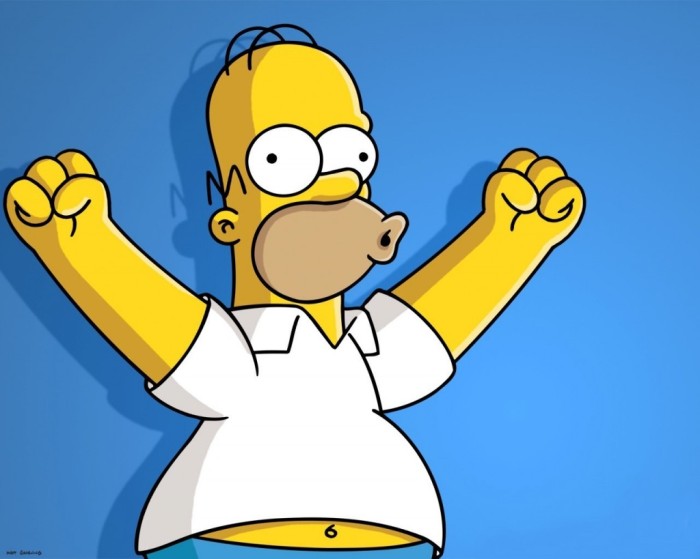 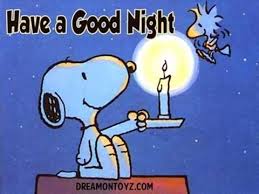 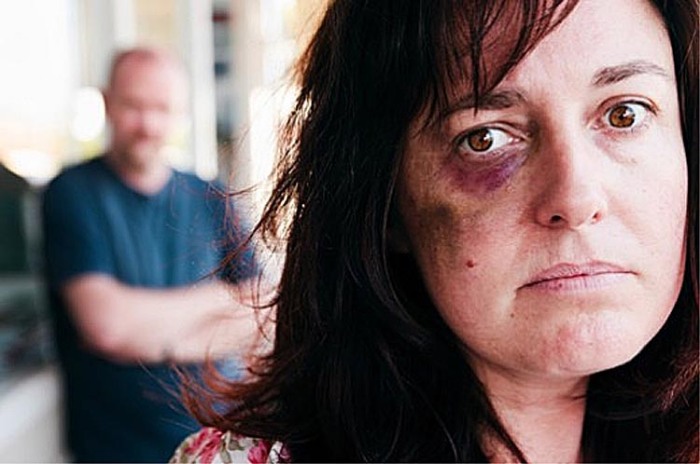 This morning’s 50-50 Ipsos poll is being trumpeted about the land as a soft landing for Tony Abbott. After the trials and travails of earlier in the year, he is now within striking distance of an election comeback. At least that’s how the story goes.

Australia, the battered wife, after enduring the ups and downs of its females of child-bearing age being classed as people you’d have to climb over Abbott’s dead body to help, to being “women of calibre” fully entitled to everything the state could throw at them, to being rorters, double-dippers,  “union mates”  – and worse… public servants – has forgiven Tony who, it seems, they believe knows best.

Huddled pensioners, stung by the steady erosion of their purchasing power, ADF soldiers, sailors and airmen losing their payrises, the unemployed who were waiting six months for their pittance of dole, the sick in defunded hospitals, the kids needing to be educated in antiquated schools, important industries pulverized to dust with an ideological hammer, those waiting haplessly for the NBN, families suddenly stripped of thousands of dollars in child support rebates and so many more that have been variously bashed and flattered and then bashed again by the Abbott government have once more taken him at his word.

Filling the coffers of Big Mining, Big Construction, wealthy superannuants, negative gearers and foreign multinational tax avoiders proceeds apace. With obsessive, near corrupt attention paid to their every whim, perk and wish list agenda item, they continue to be alright, Jack. They are Tony’s fancy ladies, the bit on the side of the Abbott government. They receive the free lunches and the glittering prizes, while at domus nostra…

Back home, the wife, her name’s “Australia”, goes to work, has the dinner on the table by 6 o’clock, looks after the kids and day-to-day drudgery, then allows herself to be fucked-over whenever hubby comes home and decides he needs to let off some steam.

But if she speaks up she gets a talking to. Or she has her housekeeping cut in half, maybe taken away altogether.

If she continues to be defiant, or just to insist on getting what’s hers and the kids’ by rights and custom, she is vilified and bashed, told she’s a bludger and lazy. It’s for her own good, of course. Someone has to be in charge, to have convictions and to carry them out.

She loved him once, willingly said “I do”. He keeps reminding her of those golden days, when they were young and setting out on an adventure together. He tells her it can be like that again, if only she behaves herself. He hates hitting her, he really does. He agonizes over “the hard decisions” he has to make. So what if sometimes he has to dish out a little discipline? It’s no more than she deserves.

He can be so charming. He has a way with words. He can distill the most complicated ideas into slogans of three words and clever catchphrases. He can remind her of all the good things he does, like letting her off getting punished for one night, and forgiving her. He’s so clever. He has an answer for every accusation she throws at him. He makes it all seem so reasonable, she has to forgive him. This time it’ll be alright. This time he’s telling the truth. He’s a new man, from today. He sounded so sincere.

He pulls her emotions one way and then the other. He contradicts himself, but somehow it all makes sense. Other people tell her that she’s imagining things. He’s a good bloke. His mates all like him. They like him at work, too. She shouldn’t worry about the bashings. It’s all part of domestic life. anyway. He said he was sorry, didn’t he? Brought her roses, right? Gave her some spare change out of his own pocket, remember?

He found out she’d been talking to his mates once. They asked her what she thought of him, and she told them.

That night, when he came home, he reserved a special punishment for her. He told her she was a double-dipper, a fraud and a rorter, and if she didn’t like the bonus housekeeping money he’d promised her – but never delivered, of course, he never delivers – then she could make more babies without anything extra from him. That’d teach her to reveal her opinion of him to others. A little bit of vindictiveness goes a long way when she runs off the rails.

The grand irony of Australian Of The Year, Rosie Batty’s domestic violence agenda receiving one-tenth of the funding that the War On Death Cults has received, when actual deaths due to domestic violence far outstrip all deaths from terrorism by an order of magnitude – even in the first few months of one year – is cripplingly sad. It’s as if the Devil himself is writing the script in this Reality TV la-la land we live in.

It might sound petty of me, but as soon as I heard Deborah Lee Furness – a mate of Tony’s –  didn’t get the AOTY gong and that Rosie did, I thought “Hullo… Rosie’s going to cop it now.” It was Australia Day, the same day that Phil the Greek received a knighthood. Everyone was laughing at Abbott. He doesn’t like to be laughed at. He never forgets it, ever.

He sent out all the usual suspects to tell us that Prince Phillip helped the Scouts once, and that he was patron of those thingmy-bob awards. He deserved every honour heaped upon him for these magnificent efforts alone, it was said. But it didn’t wash.

The nation, the battered wife called “Australia”, could finally have a belly laugh, and this time there was strength in numbers. Stifling his anger he promised to give Batty a few baubles, and made some clucking sounds about looking after the kids, but it wasn’t enough. Australia kept laughing. Even his mates at work couldn’t stop chortling, and then their amusement changed to anger. It looked serious there for a while.

So he told them all he’d reform. The media picked up the story and it was all framed around the “reform” angle. Pretty soon it became a self-fulfilling prophecy. The political commentators can never be seen as wrong.

The Budget was pre-announced as “boring”. And so it was declared to be by the media, even before it came out. Boring. Boring. Boring. What a surprise when it turned out to be so benign! They’d been telling us it would be, and it was. Tony’s Tradies received a tax concession on capital purchases, and this became the story. No matter whether they actually had a lazy $20,000 to spend, or not. It was the thought that counted. There’s no-one left at the ATO to audit the purpose of the purchases, so they could buy anything they liked and get an immediate write-off. Mag wheels, leather seats… one enterprising art gallery even suggested paintings, to decorate the office walls (in place of the ZOO Weekly posters, I presume).

And like the good little spouses they are, it appears that the Australian people have swallowed it, at least in the short term. Despite all the lies and the bashings, the wedges between one demographic and the other, the about-faces and the broken promises of the past, they’ve put their faith, or some of it, back in Tony once again.

Then the whole cycle can be repeated: Captain’s Calls, spin, culture wars, wowserism, Death Cults, flag-waving, Reality TV as a substitute for reality. And baubles for the mates. There’s always the mates, the donors and the moguls that have to be kept happy.

One of the TV channels is running a promo for an episode of some nameless soap opera they’re telecasting at the moment. The voice-over guy, who sounds like he has actually swallowed the microphone, whispers loudly into our ears… no-one talks like that. He should see an ear, nose and throat specialist. It sounds like something’s wrong with his larynx. “This is the One Must-See Episode of the year,” he gasps. Someone’s having a baby and her husband is in jail… I think. Will she, or won’t she? Can he, or can’t he? Will they, or won’t they?

I never watch these things, but I do ponder to myself whether the punters really fall for this crap. There have already been at least a dozen “Must-See Episodes Of The Year” already, and it’s only May. Do they forgive the networks for lying to them so blatantly? Do they actually understand that it’s not a real baby, and that Dad’s not really in any jail, anywhere? That it’s just a confection, cobbled together to a formula and spruiked like a packet of soap powder, by a bloke who has perfected a way of making you wish you could hack up whatever’s in his throat for him?

Do they understand too that Tony’s Transformation is a chimera, a mirage? That he’s the same vindictive bully he’s always been, the same anarchistic weather vane out for personal retribution and glory? That’ll he’ll lie, cheat and steal? He’ll go through their purses and take whatever he wants? That he’ll give with one hand and take with the other, and then demand we love him for it? That he utters so many untruths it’s almost impossible to know where to start debunking them? That to forgive him is only to encourage him: the man who said its “better to seek forgiveness than ask permission”?

The latest Ipsos poll, and the way it is being written up – as a battered nation letting bygones be bygones and knuckling under to Tony’s flood of contrition, pathetically grateful for the meaningless trinkets he has thrown their way – answers “Yes” to that question.

Sure there was a Newspoll. And sure it was worse than last time. And sure Newspoll is supposed to be “The One”. But even The Australian wrote up Ipsos instead. It was an absolute first: Newspoll’s proprietors promoting their rivals. They consoled their readers by telling them there was a better poll over at the hated, socialist Fairfax.

It’s crazy. It’s unprecedented. We’re in La-La Land. We’re about to sit down to the Must-See Episode we’ve already seen a thousand times. The nation is vegging-out in front of the telly once again, grateful simply that the pain has stopped for a brief moment.

I do wonder sometimes whether it’s worth anyone’s while worrying about them. They keep putting up with the abuse, convincing themselves that this time it’ll be alright.

They are the battered wives who keep coming back for more. And we all know where that leads.

The Boss phoned just after 4 o’clock to say he had to go to Maroochydore, would I please do the Friday post.

Earlier, Maestro CK Watt managed to email me (it took him four hours and several reboots) to say he was having computer problems so can’t look after the raffle this evening.

So it looks as though moi is it.

I will do my best, but think it would be wise to make it open house for drinks and food – please help yourselves as and when you wish.

For this evening, lets forget about those 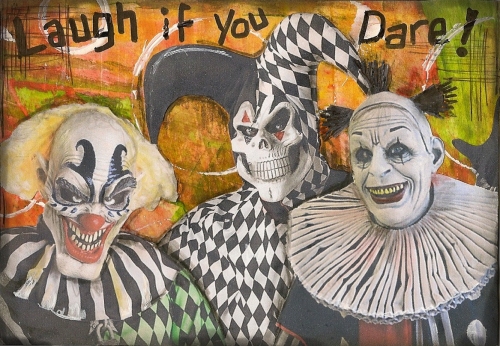 aka the “adults” in charge

and enjoy the camaraderie of The Pub.