Skip to content
HomeFaraway Friday with Raffle on the Side

A couple of weeks ago Ducky suggested a “slides evening” where we can share our favourite travel slides. Well, this is your chance, Pubsters.

The way I suggest we do it is for you to send me your jpgs. I will put the jpgs into the library asap, and will send you the html for each one. You can then put up a comment with one or more of the pics, plus some information about your visit.

There may be a delay from time to time, as unfortunately Maestro CK Watt’s laptop has gone on sulk, possibly permanently. So I will look after the raffle too.

Very few of my travel slides have been digitised, so I have hunted on the web for images of some of my favourite foreign places looking as near as possible as they did when I first saw them. However, the travel theme is NOT restricted to non-Australian places!

From the Grand Tour of November 1978 – April 1979, then, I give you a street in St Paul de Vence, not all that far from one of CTar’s preferred places: 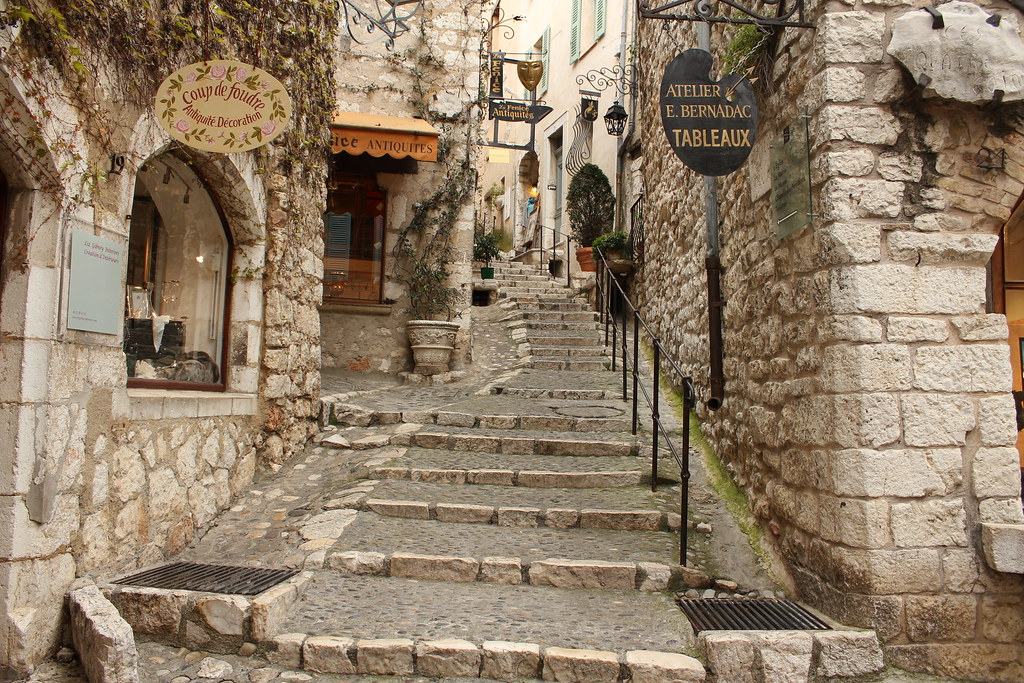 The Coliseum in Rome (my first glimpse of it was from this angle, but further away, and it was one of those jolt to the solar plexus moments of recognition.

My first glimpse of the Alps was – once again – more distant than this. For a moment I couldn’t work out why the clouds on the horizon had such peaked tops . . .

We had two goes at visiting Greece. The first time – during our month in Italy – the Brindisi ferry sailors were on strike. The second time – nearly at the end of our three months in continental Europe – we did a mad sprint by various trains from Paris to Brindisi. This time the ferry did sail, and we had four days in Greece, including one at Delphi. Another of those moments of recognition.

The Grand Tour started and ended in England (well, it was winter when we arrived, and a very cold and late spring for the final month of our time). We spent the first month staying at a B&B in Bloomsbury, spending most of the time exploring London (almost entirely by foot) during the day, and exploring the theatres and concert halls by night. (We also managed day trips to Brighton and Oxford). For our final month we hired a car – a Mini (all we could afford) – into and out of which 6’4″ OH had to shoehorn himself. Unlike the Minis in Australia, the driver’s seat did not go back very far, and he was most uncomfortable. So he was generally reluctant to stop and look at things, because of the agony of getting out and then back in. I did persuade him to stop at Stonehenge, however. It was late in March, blowing a gale; we were the only humans there, and this was way before the days of the fence, the Visitors’ Centre, and all the other paraphernalia now there. It was a truly haunting experience.

Later this evening I will put up some more images of my travels before and after the Grand Tour (if I have time).

280 thoughts on “Faraway Friday with Raffle on the Side”