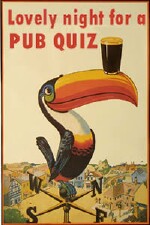 Tonight for something a little different we will have a little quiz night. 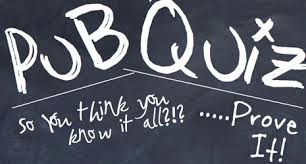 You will have 15 mins to think about them and post your answers.

Then another series of questions etc.

I will score the previous series and post totals before the next series.

If I make mistakes shoot me.

THIS IS A HONESTY SYSTEM. PLEASE NO GOOGLE ETC.

This takes a little bit of work, so if I run a little late with posting forgive me.

The winner will be crowned” THE PUB” Champion until the next time.

Join in have a bit of fun and good luck.