Some weeks ago, Puffy the Magic Dragon sent me 235 photographs and videos from March in May in Adelaide. She said she had photographed every single sign – and having spent all afternoon choosing a representative sample, arranging them into “themes”, and then uploading the jpgs to The Pub’s library, I think she’s right.

Thank you for sharing, Puffy, and also for your patience with me. As you know, the last few weeks have been particularly busy for moi and me mum. 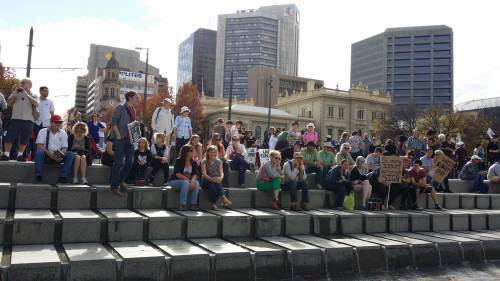 521 thoughts on “March in May in Adelaide”