Tony Abbott and his government were elected to restore “sanity” and “trust” to governance in Australia. But national affairs are becoming more insane by the moment. And trust is thin on the ground. 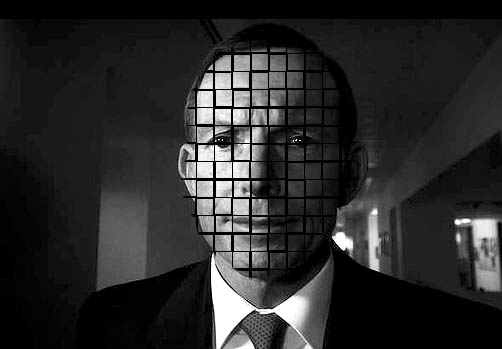 Abbott got in because, when he was asked whether he’d tip everything that Labor achieved upside-down, he said he wouldn’t. There were so many unity tickets you’d have thought it was a scalpers’ convention.

He lied about it all, pure and simple. He knew he was lying.

True, the punters were in a mind to at least try to believe him, because of the Rudd termite nest set up inside the Gillard government, but they were worried about Abbott’s soundness on a personal level. The polls all showed they didn’t particularly trust him, as if they knew he’d try to swindle them out of their vote, like a cheap back lane card sharp.

Then there was the interview with Kerry O’Brien, where Abbott himself warned the punters not to believe his own words.

So Abbott, confronted with understandable public scepticism, not only repeated the promises at every opportunity, but he reinforced them by giving a blanket guarantee to keep ALL his promises, a sort of meta promise. Could a man who made such an issue of confidence and trust (as Abbott did) possibly be untrustworthy?

Of course he can.

Liars lie. And they lie about being a liar.

In doing this Abbott set his own benchmarks impossibly high, especially for a man like him, who has a reputation for shrugging off commitments and loyalties like a snake sheds its skin.

Eventually the public twigs to this, and that’s what we’re seeing now in polling everywhere. The government has lost its lead, and then some, between the 2013 election and today. It is just not supposed to happen that way.

The Coalition is going into a horror Budget with no set plan, no real policies and no clue as to how they’re going to pull it off except by frightening the bejesus out of everyone. They’re even putting up a plan to tax their way to prosperity, although I’ve lost count of the number of times they told us that idea just never worked.

They’re setting out to scare people, keep them stressed, and to incite fear and loathing in the community by pitting one demographic against the other.

Throw in the absolutist, Bunyip Tea Party nonsense emanating from the Commission Of Audit, and you have the recipe for a perfect political storm.

It’s a relentlessly negative, bleakly depressing strategy, and the voters aren’t buying it. They’re sick of national struggle and being part of a community in a state of perpetual ennui. Labor was comprehensively voted out of office 8 months ago. Labor is no longer the government. The public wants to know where the new Golden Age that Abbott promised has disappeared to. This Golden Age was perhaps the biggest lie of all, given the petty ideological obsessions of the man who said he would deliver it.

It may suit Abbott’s purposes, and his natural style, to have the entire nation on the back foot – that worked well enough for the boxing blue, the self-described “Whirling Dervish” – but it doesn’t cut it for the ordinary punters. A Prime Minister is supposed to raise peoples’ expectations, not king hit them while they’re not looking.

Ultimately voters want to be “relaxed and comfortable”, not having to endure ever more national emergencies, existential threats, working until they drop, less pay for longer hours. We’re not living in an ant colony. We’re a society of human beings. Just because there are some fanatical workaholics in that society doesn’t mean we all have to be part of the Great Machine. Civilization requires time to ponder greater mysteries than how we can afford to educate our kids, or pay our bills.

Life is replete with con artists and the tricks they play, but as crazy and laughable as it may seem, some of the mugs who invest in their get-rich-quick schemes, horse racing software, Nigerian scams, Pea-and-Thimble games and dodgy miracle face creams, have no shame. They were promised something impossible, but that doesn’t deter them. They contact The Check Out, wanting their money back. This is when their anger outweighs their embarrassment.

Similarly, some of the voters, dupes for Abbott’s promises to keep promises, repeated ad infinitum, might not have any shame, either. He only needs a few per cent to return to their initial impression of him as an untrustworthy liar, and it’s all over for the Coalition. Eventually cognitive dissonance becomes simple recognition. And that’s when the electoral rot sets in. Abbott’s cronies and henchmen know this only too well: they invented the game.

Contrary to Julia Gillard’s hurried, half-baked promise not to introduce a Carbon Tax, Abbott turned his personal integrity into grand opera., the fulcrum of the nation by which he told us he was not only glad, but eager to be judged.

He contrasted himself against Labor, depicting himself as a beacon of maturity, diligence, hard work and propriety. The “adults” were going to be back in charge. You couldn’t tax your way to prosperity. They had hundreds of fully-costed and thought-out policies, ready to go at a heartbeat’s notice. His promise was sobriety and honesty. He repeated it so many times it became an over-arching promise in itself: the promise to keep his promises.

Then he started breaking them. Can he ever be trusted again after some of the weasel words that have come out of his mouth in vain attempts to justify his political anarchism?

First he tried parsing his own words, telling the punters that what they thought he promised, wasn’t what was in his own head as the promise he made.

Then he tried the “shock-horror” stuff… look, it’s a rat’s nest in here! Who knew?

Now he’s down to outright breach, simply because he’s changed his mind: the “That was then, this is now” gambit (a phrase Abbott has used himself, about his own changeability).

He makes it up as he goes along. The only narrative is chaos. Thought bubble after thought bubble pop out of his brain and even his own ministers don’t know what’s coming down the Abbott pipeline anymore. He’s the bull who’s loose in his own china shop.

And he’s only just beginning to flex his muscles. They haven’t even gotten to their first Budget yet and it’s already utter confusion out there.

… only gets you so far. Just about everything Abbott is doing is more like the former, and less like the latter. He’s embarrassing his own people with his brain farts, and they have to clean up after him, making like they agree with him (which, for the most part, they don’t). One day they’ll get sick of making excuses for Abbott and throw him out altogether, or else the people will (with the rest of his party along with him… that’s the scary part for career politicians).

The Insiders this morning asked why he seemed to be in so much of a hurry.

It’s a combination of his natural style, which is to pick as many fights as he can, as often as he can, and a haunting ghost in his head that whispers to him that he can’t keep on fooling all the people all the time. His days are numbered, so he may as well go the whole hog.

Abbott’s entire career has been based on surviving the day. Thus, a three-year term of government must seem like an eternity to him. I don’t think he can really grasp how long a period “three years” is. He is acting as he has always acted, as if there’s no tomorrow. His classic style is to go for a knockout in the first round, to throw a haymaker at his opponent, even as he shakes their hand, except the Australian people are not supposed to be his opponents.

The ultimate victory of the alleyway spiv is to fleece his victims of their money and then disappear, chuckling to himself that there’s a sucker born every minute.

It’s a good way to get through the day, but it’s no way to run a country.

561 thoughts on “The edifice crumbles…”