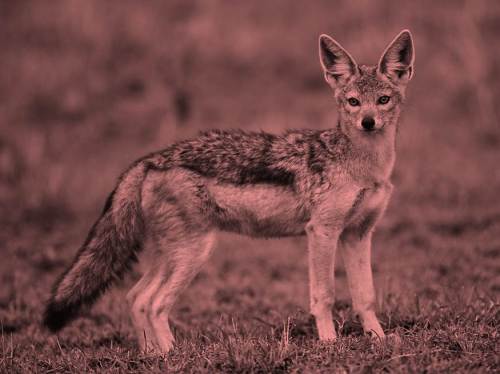 The Alpha female leaves the mountain having seen the conflict. Its beginnings, its aftermath. She moves toward the shadows. She seeks an understanding of what drives the darkness.

She has seen some of her own pack swallowed by darkness. From within. From without. They live in the dusky light of an uncertain future.

Those of the shadows emerge into the light. Their true ugliness not disguised by the aggressive stance and swagger. These are the ones who prey upon the sick, wounded and runt. Not for survival, but for sport. A cabal of the weak. A cluster of the impuissant.

The pack, her pack, retreat. Defeated?, yes. Vanquished? Never. They still belong to the territory, the territory still to them. An immutable bond forged by generations, of births, of deaths, of seasons of plenty and of naught. They are watchful. Ever wary of the surprise attack, the food denied. Not by those who hunger, but by those seek control over strengths they can never understand. Those that cower and cringe before the alpha male, then slink in his shadow, need the control. They seek a power denied them for too long. They seek it from the bloodied, the broken and the dead.

The Alpha female steps cautiously into the shadows. A foreboding grips her. An uneasiness borne of many battles fought. Both won and lost. She seeks the pack that controls the alpha male. The pack he cringes and cowers to. She seeks their leader. The supreme alpha and a dominant female.

That they exist is of no doubt.

Their spore permeates all around. The sour stench of their territory marking waters. Their scat willingly dispersed by the air scavengers. Once a clean, invigorating force for life, the air now hangs dead. Oppressive, stultifying and sour.

But there is life in this place … this darkness. Life that sees only the kill, that rejoices in the corpse. Never understanding that even the corpse, by its very decay, sustains life and helps give birth to the very innocence they seek to destroy.

This is the lair of the supreme alpha. 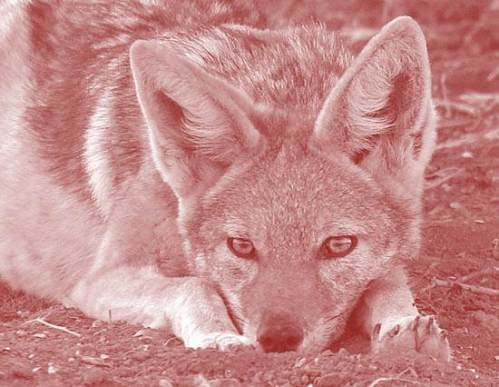 Finding a tussock on the bank of a dry creek, a comfortable way from the lair, the Alpha female settles to watch, to wait, to learn. She observes and learns much about the supreme alphas’ pack – those she had seen coming out of the shadows and who had, once, annoyed her with their constant yapping and nipping. She now understood that they were many, each returning to the shadows only to be replaced by another. All cringed and cowered before the supreme alpha. All rolling in the scat dropped by the air scavengers, each revelling in the power of the supreme alpha. None notice that their toxic slavering eats at their strengths till none exists. They have become the worst of life. They live, as do all sycophants, but only just. When the supreme alpha passes so shall they. The irony of their deaths feeding new and exciting life is lost on them.

Having observed enough the Alpha female begins to leave. The supreme alpha emerges from his lair. She stays. Observes. 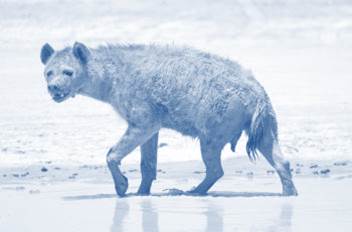 He is frailer than she remembered. His sparse coat shows the inevitable mange that age bestows. His fangs worn, cracked, yellow. His puce-coloured tongue lolls out of his mouth as he gasps for breath. Young females gather around him. He accepts the regurgitated meat they spew at his feet and begins to eat. He looks shrivelled, dry, worn out. Then he turned, saw her, and she looked into his eyes.

Expecting hate, passion, fire, she saw only a cold malice fed by a malignancy too deep to ever be understood. They were the eyes of one who had died long ago. Then the Alpha female understood what she was seeing. Dry and shrivelled as he is, he needs the malice to keep alive. He needs to feed from the malignancy within even more than it needs to feed off him. Finally, she looked into the maw and began to know him. Why many of the weak and corrupt followed him. A nobility of purpose that gives strength to pack or individual scares them. To him, nobility of purpose is a weakness to be exploited, scorned, derided. He gives them an open cruelty; they repay with cowering obeisance. The weak and corrupt are his for as long as he has use of them.

Yet the supreme alpha didn’t wield true power. His was a power built on the willing subservience of the lesser. On those that surrender, to him, their chance to enjoy a pure sunlight, to drink of a sweet, clean creek, to taste the meat of an honourable kill. Those that sacrifice what they could have been for what they have become. A power built, not on what the heart is capable of, but of what it is denied. The power he used for so long has always been a mirage. Some take the mirage as truth or substance. Many more do not.

A rustle behind her forced the Alpha female to break eye contact.

A younger female, dominant, stood below in the dry creek bed. The Alpha female recognised her as the consort of the alpha male and confidante of the supreme alpha.

She leapt, wanting to rip, tear and shred a throat, vulnerable to her fangs and jaws. To feel the last of breathes expelled from dying lungs. The Alpha female did none of this. She swerved, landed and turned to the dominant one and studied her.

What she saw gave her pause for reflection. Again seeing a lust for dangerous power – yet no understanding of the uncontrollable nature of what power can be. Power, in its true essence, is impartial: belongs only to itself; returns to itself. To believe that it can be subverted at will is the purest of folly. A dangerous folly.

The Alpha female broke from her study of the dominant female. It was time to head back to the mountain. There was much to think about, much to consider.