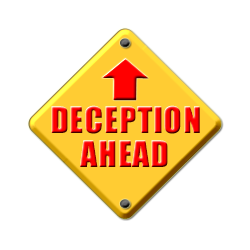 “If they can get you asking the wrong questions, they don’t have to worry about answers.” Thomas Pynchon

I don’t know about you, but I find it incredibly frustrating when I come up hard against a commenter on the internet whom I consider a ‘Disinformationist’ or a ‘Disrupter’ .

We all know them, if not immediately at first contact, then ultimately by their behaviour.

Or, at least I hope we all might be able to better spot them by the end of this helpful ‘How to’ recognise them heads-up.

It may save you the time you may otherwise have expended engaging with them in order to try and change their minds.  Because you won’t.

They do not exist to be persuadable.

Unlike traditional propaganda techniques designed to engage emotional support, disinformation is designed to manipulate the audience at the rational level by either discrediting conflicting information or supporting false conclusions. A common disinformation tactic is to mix some truth and observation with false conclusions and lies, or to reveal part of the truth while presenting it as the whole (a limited hangout).

Another technique of concealing facts, or censorship, is also used if the group can affect such control. When channels of information cannot be completely closed, they can be rendered useless by filling them with disinformation, effectively lowering their signal-to-noise ratio and discrediting the opposition by association with many easily disproved false claims.

Such are the sorts of verbal attacks that we see every day, from Left and Right, from one or another group, political party or individual commenter, against one or another party. Of course, globally, but specifically in our own neck of the internet woods.  Mainly on other blogs because this one is moderated by active not passive moderators.

Passive Mods on other blogs appear to be hog-tied to Jay Rosen’s ‘Voice From Nowhere’ paradigm, assuming an objective perspective that sits back to let all flowers have the chance to bloom equally on their blog, even if some of them are the equivalent of internet weeds. In contrast with Active Mods, such as we are here, who are constantly on the look-out for the blog trolls that simply seek to disinform and disrupt. Who then get weeded out, so as to keep the garden blooming, unchoked with deliberate distractions from the disrupters.  Who seem to be just like any other commenter, until you start to see some constant similarities to the way they, and others of a like mind, go about their posting.

So, as a service to us all I just thought I might outline some of the ways they do this so you can tell them apart from people who genuinely have a different point of view to you. Basically so that you don’t waste your precious time and energy on trying to change their minds, with facts and rational argument. Such people will never change their mind because that is not the reason they are where they are, interacting forcefully with you.  They are trying to spread manure in the garden to burn the flowers and allow the weeds to grow and take over.

Eight Signs of a Disinformationist

1) Avoidance. They never actually discuss issues head-on or provide constructive input, unless engaged in faux ‘constructive input’ such as a Gish Gallop, generally avoiding the citing of references. Rather, they merely imply this, that, and the other. Virtually everything about their presentation implies THEIR authority and expert knowledge in the matter without any further justification for credibility.

2) Selectivity. They tend to pick and choose opponents carefully, either applying the hit-and-run approach against mere commentators supportive of opponents, or focusing heavier attacks on key opponents who are known to directly address issues well.

3) Coincidental. They tend to surface suddenly and somewhat coincidentally with a new controversial topic under discussion. They likewise tend to vanish once the topic is no longer of general concern. They were likely directed to be there for a reason, and vanish with the reason.

4) Teamwork. They tend to operate in self-congratulatory and complementary packs or teams. Of course, this can happen naturally in any public forum. Sometimes one of the players will infiltrate the opponent camp to become a source for straw man or other tactics designed to dilute opponent presentation strength.

5) Aggressively Mainstream/Anti-Conspiratorial. They almost always have disdain for non-mainstream or ‘conspiracy theories’ and almost always are defending the official narrative of your political opponents.

6) Artificial Emotions. An odd kind of ‘artificial’ emotionalism and an unusually thick skin — an ability to persevere and persist even in the face of overwhelming criticism and nonacceptance, no matter how condemning the evidence, they simply deny everything you present as evidence, and never become emotionally involved or reactive. The net result for a disinfo artist is that emotions can seem counterproductive.

With respect to being thick-skinned, no amount of criticism will deter them from doing their job, and they will generally continue their old disinfo patterns without any adjustments to criticisms of how obvious it is that they play that game — where a more rational individual who truly cares what others think might seek to improve their communications style, substance, and so forth, or simply give up.

7) Inconsistent. There is also a tendency to make mistakes sometimes which betray their true self/motives. This may stem from not really knowing their topic and simply being interested in an intent to disrupt the flow of an argument which is trending towards their opposition
8) Time Constant. Recently discovered, with respect to News/Social Media Groups, is the response time factor. There are three ways this can be seen to work, especially when envoys of an empowered player are involved in a cover up or disinformation operation:

Well, there you have it. A rough outline of what I believe we are up against, as web warriors for the Progressive cause, as we go into battle on a daily basis for what we believe in and wish to defend.

I’m not saying that the above is true of every encounter with the ‘enemy’ that we have, just to be aware that probably not all of them are ‘weekend warriors’, just engaging in the verbal battle for altruistic reasons simply. I’m pretty sure that eloquent exponents in our corner, the Progressive corner, are well known to the o(O)pposition, and are targeted accordingly so they don’t become too influential in the day to day ideological debate that has started to go on since the internet and other forms of Social Media flung open the Doors of Perception.