Another guest post – today from The Pub’s special correspondent Scringler. Many thanks, sir! 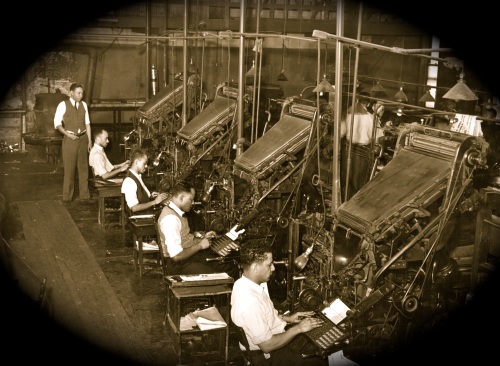 FOR my sins, I found myself many moons ago as Deputy Features Editor on a major daily tabloid rag.

(I began in newspapers as a cadet then staff photographer on a major broadsheet daily in the mid 1960s. Yep, Leicas!)

Jumping forward. The then editor of the tabloid was a good bloke, steeped in the ethics and craft of journalism. He was the last of the breed.

The next editor was a notorious piss-pot. As an editor, he had the makings of a half-suitable, down-table sub. He knew his commas. (Years later, he reappeared on another newspaper – as a down-table sub. It was a sorry sight.)

This was a time when newspapers were fiddling with computers. As a youngish stick-in-the mud I, along with my colleagues, poured shit on the concept of computers replacing linotype machines. Hardly decent.

However, in my “responsible” position, I became a guinea pig. There was this computer guru who believed that newspapers could be produced – on a computer! What a dickhead!

Then I was given a tour of the inner sanctum – the computer room. Two massive units, both with cosy names … bloody scary. Shit. Welcome to future shock.

Later, the guru presented me with some yarn or other for the next edition. It was on a disc, or something. I peered at the words on a tiny computer screen – and recklessly pressed the tit.

This is a big claim, and open to correction, but I think I might have been responsible for the first-ever, computer-produced page published in a major metropolitan newspaper. Sorry.

It looked like shit. A great wodge of daunting type. Dense. Like a Paul Kelly or a Michelle Grattan special – with extra fog.

But what I failed to realise was that it was an omen of things to come. When the time-honoured checks and balances would be phased out.

That night, when the organ was printed, during a special committee meeting after midnight at the pub, upstairs in the Press Bar, I copped sustained, heavy flak.

Details are somewhat vague. Suffice to say that the ultimate view was: This shit won’t work.

It all went downhill from there. As was our wont, we had several for the road. One or two for the New Guinea Potoroo, poor little endangered bastard.

We were prize dills.

Years earlier, I found myself subbing on a regional daily. One hazy afternoon, subbing stuff, half asleep … the chief sub fell on the floor. And went, sort of, pink. This was unusual.

Of course, we were somewhat concerned. We did notice that he had a slip of copy paper clutched tightly in his hand.

The paper, at that time, retained a dear old soul who wrote the wedding notes. Marg was a product of a sheltered life, not a nasty bone in her body. She saw, she reported.

Marg regarded sub-editors as a form of low life, cockroach level, and would not allow changes to her copy.

Moving on … Editors came and went. Not your normal run of piss-pots. Rather, hard-edged arseholes with an agenda. One, I believe, fled west.

Several years earlier, along with about six others, I was declared “redundant” by a Murdoch publication.

Out of the blue. Whack.

My colleagues transported me to the Celtic Club for calming ales. We were, I now realise, in shock.

The act was brief and brutal. I was given no time to clear my desk.

I could not collect my belongings. The front door was secured by … guards. Yes. Possibly armed.

Get fucked, said my colleagues: suffice to say, my meagre possessions were, in due course, returned. Thanks for that experience Rupert, you prick.

My late partner, Jo Anne, picked me up after this episode.

Jo Anne seethed for many years about this and never forgave. Jo Anne was a champion hater, blessed with a long memory. She loathed Abbott. “A poor excuse for a man.”

Anyway, much later, I joined the mob up the road. The chief sub, an honourable bloke with more than a passing interest in quality journalism, shouted me a beer or two in the Bog Bar. It was good and pleasant company.

Then, a tour of the premises. At this point, it must be admitted, your correspondent was nudging non-walking mode.

I bought a linotype machine. For 50 bucks. They were lined up in a loading bay, ready for collection by a scrap-metal merchant.

Then came years of hard slog. Wading through great gobs of text, written by ego-besotted wankers.

This was the era of the “downsizing” fad. Anyone aged 30 was considered old and smelly.

Part of a sub’s job is to check the use of foreign words, in this case French.

Forget the word but, upon checking, it was not only wrong, it contradicted the author’s premise.

I had a friendly chat with the author, and she said: “Yes. I know. But I like the look of the word.”

At this point, I gave up. What is the point?

Not long after, I resigned and, after more hard slog, became an archaeologist/specialist photographer.

As someone famously said: “The answer lies in the soil.”

Looking back, I’m grateful I saw true craftsmen in action. (Sorry, very few women about in those days). The linotype operators, the bloke operating the Ludlow machine, the dedicated readers, the whole system of checks and balances.

Oh, and … I never did get my linotype machine. Never trust a journalist.

Oh, before I forget. On the slip of copy paper, neatly typed, Marg wrote: “Beryl walked down the aisle with her hands in her furry muff.”

This taught me a lesson about subbing. READ. EVERY. WORD.

We revived the chief sub and took beer in order to work out a strategy to tackle Marg and the necessary change to her copy.

You see, subs were human. 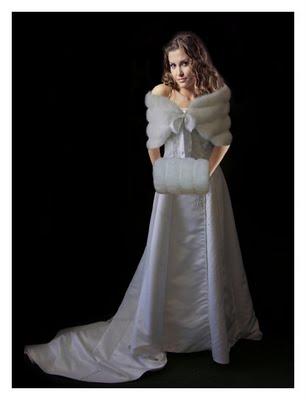 1,453 thoughts on “An Old Newspaperman’s Lament”